WASHINGTON – Treasury Secretary Janet Yellen stressed the importance of cooperation with the European Union in a call with the European Commission’s vice president for the economy, Valdis Dombrovskis, on Tuesday, the U.S. Treasury Department said.

In her discussion with the EU executive, Yellen emphasized the importance of the transatlantic partnership and said she aimed to work more closely with Brussels on key challenges, including “ending the pandemic, supporting a strong global economic recovery, fighting income inequality, and forcefully addressing the threat of climate change,” the Treasury said.

Yellen committed to re-engaging in discussions on international taxation to forge a timely international accord, and to seek solutions to key bilateral trade issues, it said.

The Biden administration is seeking to rebuild ties with European allies on all fronts after the deep rifts that characterized Donald Trump’s presidency, and want to work together to counter what Yellen has called China’s “abusive, unfair and illegal practices.”

While Trump, a Republican, repeatedly took aim at European allies, threatening and imposing tariffs on a range of goods, the administration of Democratic President Joe Biden has sent far more positive signals on issues ranging from trade to taxes. Tribune Publishing Co said on Tuesday its largest shareholder, Alden Global Capital, will buy shares it does not already own in the company at $17.25 each in cash and turn the owner of the Chicago Tribune into a privately held firm.

Alden’s offer represents a premium of 45% to the closing price of Tribune common stock on Dec. 11, the publisher said in a statement.

The hedge fund, known for its hostile takeover bids of publishing companies, had a 32% stake in Tribune prior to the transaction.

Tribune Publishing, which also owns the New York Daily News and the Baltimore Sun, has seen a decline in revenue this year as the COVID-19 pandemic hammers the publishing industry.

The company’s board on Tuesday approved the buyout following a recommendation by a special committee it had formed in December to act on its behalf in respect of Alden’s offer. The gap over two-year yields also opened to its widest in nearly three years, as traders figure that short-term monetary policy will stay accommodative, even as the world bounces back from the pandemic.

The prospect of better risk-free returns weighed on equities and MSCI’s broadest index of Asia-Pacific shares outside Japan was stalled just shy of Tuesday’s record peak.

Overnight on Wall Street, the Dow Jones was helped to a record closing high by gains from banks, which benefit from higher yields, while the S&P 500 fell 0.06% and the Nasdaq dropped 0.3%. [.N] 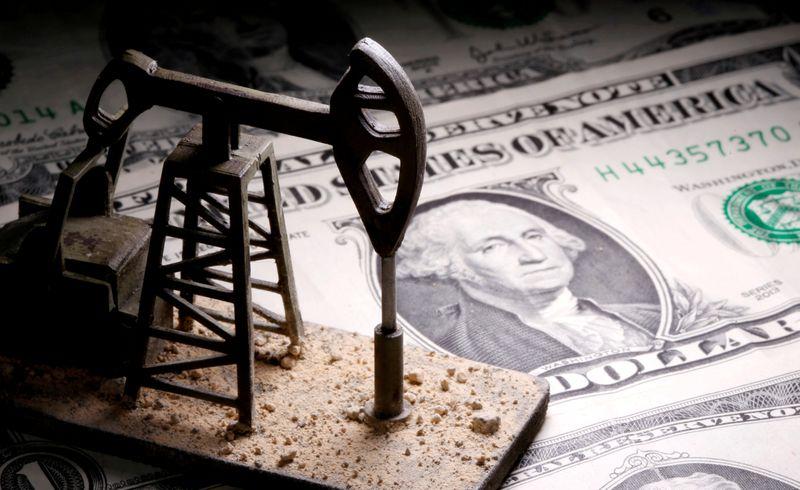 MELBOURNE – Oil prices fell in early trade on Wednesday as the U.S. dollar climbed, retreating after a two-day rally that was driven by an Arctic blast curbing output from oil and gas fields in Texas, the country’s biggest oil-producing state.

“Oil is trading lower via a stronger U.S. dollar which is gaining a head of steam with U.S. (treasury) yields ripping higher,” Axi chief market strategist Stephen Innes said in a note.

Investors had priced in a strike going ahead, as that has typically happened in the past few years, Rystad Energy analyst Paola Rodriguez-Masiu said.

“Yet the strike was avoided …As a result, with oil supply unaffected, Brent gains had to be reversed to a certain extent,” she said in a note.

Still, U.S. oil supply remains strained amid a deep freeze in the U.S. South which has hit power supply, and in turn knocked out about 500,000 to 1.2 million barrels per day (bpd) of crude production in the Permian Basin in Texas. TOKYO – The dollar advanced on Wednesday, hitting a four-month high against the yen as U.S. bond yields jumped on the prospects of further economic recovery and a possible acceleration in inflation.

Bitcoin held firm, a day after the cryptocurrency hit $50,000 for the first time, bringing its total market capitalisation to more than $900 billion, as traders bet on its further acceptance among major companies.

The dollar’s index against six other major currencies jumped back to 90.681, from a three-week low of 90.117 hit on Tuesday.

“The move up in yields has been driven by increasing inflationary concerns amid a rise in energy prices along with the prospect of a big U.S. fiscal stimulus and the global recovery entering a more solid stage as vaccine roll out lead to the reopening of economies,” said Rodrigo Catril, senior FX strategist at National Australia Bank in Sydney.

The euro slipped slightly to $1.2085 though its fall was less pronounced due to its gains earlier on Tuesday following strong German economic sentiment data.